Celebrating a December Birthday in Quarantine

In the beginning of the COVID-19 pandemic, I lost my online job, which I've had for many years. I was sad because it meant that bills won’t get paid and there wouldn’t be enough food on the table for my family. But despite what happened, I keep on praying and trusting that everything will be okay. Eventually, another opportunity came. Although it’s only on a part-time basis, I’m still thankful because I can buy groceries and pay bills. That’s the most important thing, right?

When December came, I’m quite worried because it’s my eldest daughter's birthday. I didn’t get to buy food for her celebration on the day itself (same with my youngest daughter’s birthday last November). Then, I received a text notification from someone in the middle of the night. I’m so happy and thankful! We can finally celebrate her birthday although we had it 2 days after.

Here is the food that we have for our simple birthday celebration:

Since my daughters didn’t get any cakes on their birthdays last year, this is first on the list. I ordered both of their cakes on Cakes and More by Laureen through Facebook. I’ve already tasted their cake at our CDOBloggers Christmas Party last 2018 and it’s yummy! My youngest daughter was so hooked that she ordered a mini cake from them a week after her birthday! 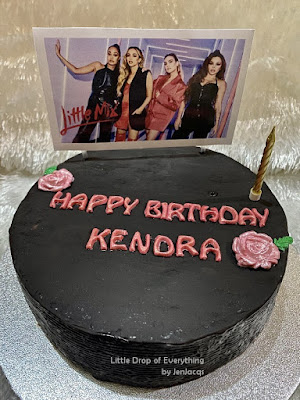 This food is always present on every occasion. It’s a favorite! For the previous birthday celebrations of Kahlil (nephew) and Nicky (youngest daughter), I ordered from KK Korean Fried Chicken on foodpanda but this time, I prepped it with the batter that I made and Kahlil fried it! 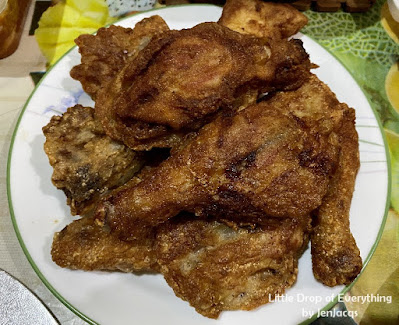 It’s the favorite food of the birthday celebrant! This is always present whenever we celebrate my eldest daughter’s birthday. I ordered this one from Party Barn Korean Restaurant located at Tiano Bros. corner Hayes Streets. Want it delivered? They have a minimum order of Php500 plus the delivery fee. I struggled on this part because their delivery is until 5 pm only. So, I ordered via text message then I booked GrabExpress to pick up my order at a specific time that I want.

Here’s a little information about 떡볶이. Tteokbokki or stir-fried rice cakes is a popular Korean food made from small-sized garae-tteok (long, white, cylinder-shaped rice cakes) called tteokmyeon (떡면; "rice cake noodles") or commonly tteokbokki-tteok (떡볶이 떡; "tteokbokki rice cakes"). Eomuk (fish cakes), boiled eggs, and scallions are some common ingredients paired with tteokbokki in dishes. It can be seasoned with either spicy gochujang (chili paste) or non-spicy ganjang (soy sauce)-based sauce; the former being the most common form, while the latter is less common and sometimes called gungjung-tteokbokki (royal court tteokbokki). Today, there are many variations of tteokbokki. It is commonly purchased and eaten at bunsikjip (snack bars) as well as pojangmacha (street stalls). There are also dedicated restaurants for Tteokbokki. It is a popular home dish, as the rice cakes can be purchased in pre-packaged, semi-dehydrated form. (From Wikipedia) 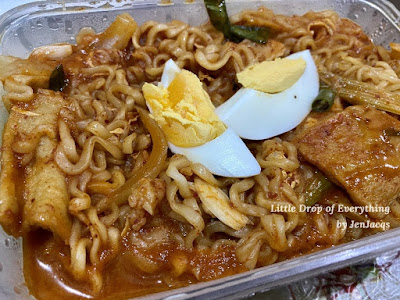 I also ordered this from Party Barn. For those who’d like to try on Korean food, include this on the list too. There are different ingredients that one can try with kimbap.

Trivia:
김밥 is a Korean dish made from cooked rice and other ingredients that are rolled in kim—dried sheets of seaweed—and served in bite-sized slices. The dish is often part of a packed meal (or dosirak), to be eaten at picnics and outdoor events, and can serve as a light lunch along with danmuji (yellow pickled radish) and kimchi. It is a popular take-out food in South Korea and abroad, and is known as a convenient food because of its portability. It is usually well wrapped (traditionally with aluminum foil, but now sometimes in paper) and does not have any liquid ingredients. (From Wikipedia) 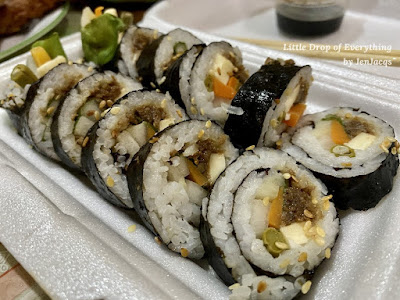 It is my first time to order this food from Party Barn. Honestly, I don’t understand its taste maybe because one of the ingredients is kimchi? There’s some leftover in the refrigerator so I might heat it and taste it again. *wink wink* 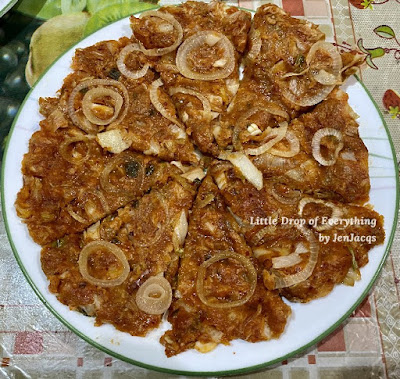 I also tried to order fried dumplings (my favorite!) but it's currently unavailable. So this completes the December birthday food list. My youngest daughter who just turned 13 last month had a different birthday food list as well. Maybe I’ll share it with you soon. I hope you can try the Korean food and cake that we had. They’re from local businesses here in our city (#SupportLocal) thus, it’s a win-win situation for everyone!

Have a Merry Christmas, everyone! What about you? What is your birthday food list?

Popular posts from this blog

November 22, 2019
The “ bubble tea craze ” has taken over the country and Davao City is no exception. With  more and more people clamoring for this satisfying drink, business owners need to have  access to top quality raw materials and highly responsive after-sales support from the best  manufacturers and suppliers in Taiwan. Opening doors of opportunities in the Taiwan Bubble Tea Pavilion at the Taiwan Expo  2019, held last November 8-9, 2019 at the SMX Convention Center Davao. Organized by the  Taiwan External Trade Development Council ( TAITRA ), the special exhibition featured  member companies of the Taiwan Bubble Tea Alliance, an organization established in 2017  to unify and boost the collective strength of over 125 bubble milk tea vendors and  industrial firms. With the theme " Taiwan Bubble Tea, Bubble Up Your Life! " the exhibition and business  conference gave bubble tea fans, business franchises, and startup entrepreneurs in Davao  to see and taste the latest bubble tea p
Read more

November 28, 2013
Calling all Ateneans! Let’s have F.U.N! XUHS Alumni Homecoming is here! F.U.N stands for Friendship, Unity, among AteNians.  Inviting all XUHS Alumni to join the homecoming this November 30, 2013 at the Limketkai Center Atrium, Cagayan de Oro City at 5 PM. The homecoming is in honor of XUHS Classes ‘53, ’63, ‘73, ‘87, and ‘88. For more details, visit and connect with fellow Atenista on their Facebook event page .
Read more